How can one truly pinpoint the source of creativity? Why is it even truly necessary to attribute creativity to just one person? Debates over creative control, questions of authorship, and artistic differences are rife throughout all mediums that require any form of creative thought; music, art, literature. Filmmaking, a relatively new medium in comparison, is no exception with the volume of study and debate dedicated to its stance on authorship. Primarily, of course, films are accredited to their directors. The enhanced status of the likes of Tim Burton, Alfred Hitchcock, and Martin Scorsese is very much testament to this. However, filmmaking is undisputedly a collaborative process. Indeed, a successful feature film requires contributions from hundreds of talented individuals, not just its director. Ultimately, this theory of the ‘film auteur’ results in many positions, arguably of equal merit to that of a director, being overlooked as the film is evaluated and criticised.

In response to this, the main focus of this dissertation centres on this theory in relation to one of the other more senior roles on a film production, that of the editor. This will involve studying both the editing process as a whole, and within that, the individuals who undertake the role. The main questions and debates that will undoubtedly arise from this focus on defining the creative importance of the editing process, and therefore the artistic merit of the editor as an individual, and also the mechanics of the director-editor collaboration. Of course, it is also important to consider how all these aspects have evolved in the last century alongside all other aspects of film, and speculate as to how this may continue to change with the advent of new technology, ideas, and approaches. Initially, this study will look explicitly into auteur theory, weighing its pros and cons, and aim to present a case against a film’s director receiving, what appears to be, a disproportionate amount of credit and acclaim at the expense of the editor.

Though, auteur or not, a film’s director is often its main selling point, or at least where critical acclaim and awards are later attributed. In other instances this may not be the case. Wharton & Grant (2005, p. 16) suggest, alongside directing, authorship may also lie with the writer, producer, or the actor. From this, they speculate upon the defining characteristics of an auteur; creative control, technical mastery, artistic merit, individual style, and thematic consistency. Similarly, Watson (2007, p. 104) insists upon attributes such as aesthetics, craft, practice, technique, style, and experience. If these are to be the criteria for placing authorship, why is the role of editor overlooked by audiences and critics alike? If a director is seen as an auteur under this logic, does an editor not similarly qualify? The idea that this might be the case will form the primary discussion for chapter one, Auteur Theory: The Film Editor vs. the Theorists, as the editing role is analysed in relation to the ever-evolving and contrasting stances of authorship that have emanated from decades of academic discourse.

It is important to remember in the midst of all this debate over authorship, however, that whatever stance is taken on the idea of the auteur, collaboration is still a central focus. The auteur, whomever that title is ascribed to, has to work alongside other contributors that inevitably shape and form the final film. The director-editor partnership, at the heart of this debate, will be discussed in depth in chapter two, Collaboration: The Film Editor vs. the Director. This chapter will feed through examples of famous recurring director-editor collaborations and the alternative approaches of director-auteurs who attempt to minimise deviations from their own artistic vision in the editing stage. It is important to remember, however, that neither this type of hierarchy nor the individual roles of director or editor within have remained constant since their inception. Technology has evolved, the audience have evolved, and as such, the same was not expected of an editor in the 1920s as is today. As a result, any claim for authorship an editor may have has ultimately shifted, one way or the other, as these elements have changed. Chapter three, Evolution: The Film Editor vs. Technology, will attempt to resolve the issue of whether an editor’s auteur status is any more enhanced in the modern day as in decades previous, owing to such technological advancements.

As this dissertation reaches its conclusion, a speculative eye will be glanced towards the future – how technological advances in other mediums, such as home entertainment and computing, may soon be adapted for the use of film editing and continue to affect the auteur debate. The research from the previous chapters will be collated, and a discussion will be brought forward as to just where the editor stands on the spectrum of creativity and artistry, and indeed whether they now find themselves in a greater position of authorship, or still overwhelmed by others with a stake in the film’s production. Most importantly, the key point for consideration – that of the relevance of auteur theory in the modern era and in the future – will underline this final discussion as the single importance of the roles of directing and editing are weighed up against the notion of collaboration, and the continued necessity of authorship. 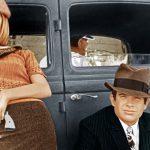 Bonnie and Clyde and the Counterculture 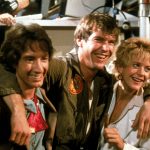