Portrayals of gender and sexuality within film have formed the basis for much analysis since the advent of film studies as an academic medium. In particular, it is the way these aspects are handled alongside the idea of genre that forms the basis for much of this study. The film Innerspace (Dante, 1987) is a notable example of this, in that it addresses, complicates, and reinterprets established conventions of genre, gender, and sexuality. As both a science fiction film and a romantic comedy, it brings together previously conflicting ideas on these subjects and reframes them. As such, this essay aims to analyse how this is presented within the film, and indeed how it has evolved from traditional Hollywood interpretations of masculine and feminine friendships and relationships, both in science fiction, and in romantic comedy.

Prior to Innerspace, romantic comedies had of course been presenting many of Hollywood’s key traditional interpretations of male and female relationships. Indeed, they form a crucial part of the history of cinema and society. Deleyto (2003, p. 167) underlines ‘the powerful need in human beings to believe in the utopian possibilities condensed in the image of the couple …  [and] the cultural prestige of love’. As such, romantic comedies present images of males and females who overcome obstacles to attain, what is perceived to be, the ultimate goal of marriage. Deleyto (2003, pp. 168-169) discusses that, despite the ever-shifting cultural context from one decade to the next, and the evolution and growth of new types of romance, this concept remains largely unaltered within the genre.

Ultimately, these films continue to address the same material in new ways. Yet, the romantic comedy spectator will still ‘let herself be carried away by the brilliance of its representations, by the allure of the ironic repetition of a set of social rituals that, in the real world, have lost part of their validity’ (Deleyto, 2003, p. 170). In short, the over-simplified notions of love and relationships appear to render the romantic comedy as much a fantasy creation as any elaborate science fiction spectacle.

However, love’s basis in the real world meant that it was largely unexplored, or glossed-over, in the realm of science fiction prior to films like Innerspace. As Geraghty (2006) writes; ‘Science fiction is not usually associated with love or romance, in fact to a certain extent science fiction film has ignored the implications of active sexual relationships and reproduction’. Sobchack (1990, p. 104) elaborates:

For the most part, human heterosexual relationships in the science fiction film are tepid – more obligatory than steamy. Indeed, those few science fiction films which deal overtly with sex and the sexuality of human women … generally do so outside the articulated context of human heterosexuality and within that of racial and spatial miscegenation.

She continues to inventory the representation of gender, and of sexuality, in the history of the genre, especially noting the desexualised characters of Princess Leia in Star Wars (Lucas, 1977), and Ripley in Alien (Scott, 1979), examples of ‘the disaffiliation of women and sexuality and its corollary, the disguise of biological difference’ (Sobchack, 1990, p. 106). Ultimately, it can be argued that the characters are repressed or two-dimensional as a result:

The question [female biological difference] asks, the response it demands, the need and desire it evokes in the male are hidden and defused by sensible and functional attire, by rational occupations, and by the unprovocative, unquestioning, ‘fulfilled’ sexuality of a peripheral and occasional wife and mother (Sobchack, 1990, p. 105).

Discussing lack of character depth, Kaveney (1989, p. 79) remarks that the role of women in traditional science fiction stories ‘was restricted to standing around having things explained to them by the hero and saying, ‘Gosh. Wow. How terrific.’ … being captured by the space pirates … twisting her ankle when being rescued from them … mopping sweat and/or blood from the hero’s brow … [and] being told how brave she was’. It is undoubtedly a stark contrast from the strong female characters of the romantic comedies that would follow. Yet, Sobchack (1990, p. 107) claims that this type of asexuality and shallowness is not confined solely to the females of science fiction, that the males, too, are ‘all jaw and no genitals’. Whether such erotically uncharged characters are the cause, or indeed the effect, of an overall sexual and romantic repression within science fiction is up for debate, however it is clear to see where this traditional representation within the genre contrasts with the characters and events in Innerspace.

At the heart of the film’s romantic comedy roots, lies actress Meg Ryan, playing the character of Lydia, the ‘object of desire’ (Geraghty, 2006). Throughout the narrative the characters of Jack and Tuck strive for her affection, attempting to overcome the obstacles put in place to complicate their union with her, in traditional romantic comedy fashion as outlined previously in this essay. Initially, Tuck is somewhat sexually aggressive with Lydia, and most definitely under-appreciative and inconsiderate as he drunkenly embarrasses her at the pilot’s dinner, and later causes her to flee from his apartment in a taxi, in tears. Jack, conversely, appears threatened by women until he forms a friendship with Lydia. The development of each character towards the supposed ultimate goal of romance, however, depends entirely on the work of science fiction, fusing opposing genres together.

For Tuck, only when he can literally see Lydia through the eyes of another man can he learn to appreciate her. For Jack, it is the renewed confidence he gains from living with Tuck inside of him that provides his happy ending. Though traditional male stereotypes remain, Innerspace addresses and develops them, much unlike the established science fiction attitude, succeeding in ‘showing that Jack and Tuck’s attempts at obtaining women are out-dated and sexist by showing that they both have to change in order to win her heart’ (Geraghty, 2006). It is almost a self-reflection by the film, on behalf of all science fiction, addressing the need for a less-prehistoric stance on issues of gender and sexuality. As Jack and Tuck have gained new wisdom, so must the science fiction genre.

Yet, the striving for Lydia, the perfect women, is not what provides the film’s most academically debated reading. It is clear that the relationship between Jack and Tuck also provides an interesting perspective on gender and sexuality in its separate genres. Debated, in equal measure, to be either merely a ‘homosocial union’ (Geraghty, 2006), or to feature ‘a degree of homoeroticism’ (Lang, 1995, p. 207), the friendship between the two characters, according to Geraghty (2006), acts to ‘both acknowledge and disavow that homosexuality is the issue’, making for a complex reading. If the homoerotic subtext is to be adhered to, then the presence of Lydia as a love interest ultimately ‘provides only the cover to their secret homosexual longings’ (Lang, 1995, p. 224). Indeed, an analysis of both Jack and Tuck, as characters, appears to showcase such stereotypical homosexual attributes. Supporting this idea, Lang (1995, p. 208) remarks that Tuck is an ‘autoerotic/latently-homosexual’ character, whilst Jack is ‘neurotically asexual’, in a sense painting their relationship as a stereotypical dominant-submissive gay couple, where both are afraid to expose their true sexualities, as outlined by Benshoff and Griffin (2009, pp. 307-308).

Tuck’s potential latent homosexuality, for example, is apparent throughout the film. Hocquenghem (1993, p. 72) states how ‘we find the greatest charge of latent homosexuality in those social machines that are particularly anti-homosexual – the army, the school, the church, sport, etc.’ In Tuck’s case, it is his position as a brave pilot, a supposed all-American hero, that reflects this. The stigma attached to homosexuality in these fields ultimately causes Tuck’s overcompensating with regards to his demeanour, dress code, and attitude towards women – ‘transforming [homosexual] desire into the desire to repress’ (Hocquenghem, 1993, p. 72). Jack does not overcompensate in the same way. Instead it may be argued that his hypochondria, stress, and difficulty in forming strong relationships stems from the awareness of his homosexual desire, and society’s lack of acceptance. Discussing this, Benshoff and Griffin (2009, p. 308) write:

Frequently homophobia and heterosexism function as ways to enforce traditional gender roles. For example, if a boy exhibits sensitivity he may be called names such as a “faggot” … Homosexuality, bisexuality, and transgendered sexualities all seem to imply the equivalence and interchangeability of male and female roles.

As such, Tuck’s overt masculinity, and Jack’s paranoid lack of confidence appear to reflect that both of them are, at some subconscious level, aware of the challenge being made to their patriarchal gender roles. Lydia’s role in this argument is to simply readdress the balance. The forming of the male duo’s supposed homosexual relationship, and thus the realisation of their repressed homosexual desires, is played out largely through the use of innuendo. For example, it is only the feeling of having had Tuck ‘inside’ of him that improves Jack’s confidence and social ability, a not-so-subtle hint at the notion of homosexual sodomy, given that Tuck’s initial entrance into Jack is through the buttocks. Similarly, Tuck only addresses the negative aspects of his character having been enlightened ‘inside’ of Jack.

Fundamentally, the miniaturisation of Tuck and subsequent injection into Jack acts as a science fiction solution to a real-world issue of gender and sexuality. With this reading of the text, it is the realisation and social acceptance of male-male relationships, be they homosexual or homosocial, which the science fiction addresses. Shifting focus back to the relationship between Tuck and Lydia, and thus the more traditional romantic comedy reading, it is still the elaborate science fiction premise of the film that removes the obstacles put in place before their eventual marriage. Only through being inadvertently transported inside Lydia – a more heterosexual innuendo – is Tuck able to discover that he is to be a father, providing the final turning point towards their positive relationship. Supporting this, Geraghty (2006) states that the unborn baby ‘symbolises what is at stake in a traditional heterosexual relationship’. Alongside marriage, it is the ultimate goal of any romantic comedy couple. It can be argued, as such, that it is only the presence of the unborn child that readdresses the heterosexual status quo. So, though Tuck’s desire may have reverted exclusively back onto Lydia as the two newlyweds drive off into the sunset at the end of the film, when Jack chases after them, it is not entirely clear who he cares more about rescuing – Tuck or Lydia.

Predominantly, Innerspace redefines traditional elements of romantic comedy, science fiction, gender, and sexuality. Though it adheres to the formally established idea of the happy ending, it distances itself from other romantic comedies by presenting the solutions to the three characters’ problems, whichever they may be depending on the particular textual reading one aspires to, as pure science fiction fantasy. The solutions penned in the screenplays of the more traditional romantic comedies may be oversimplified or unrealistic, but their real-world settings create a sense of verisimilitude that portrays the mistaken idea that troublesome issues of gender, sexuality, and relationships are simple to overcome. In Innerspace, it is solely down to the impossible technology presented in the film that the three main characters can address their problems and evolve their relationships. The ambiguity over the film’s stance on homosexuality only further supports its acknowledgement that these issues are complex, and that Hollywood’s traditional representations, in the realms of both science fiction and romantic comedy, do not cover appropriate ground. 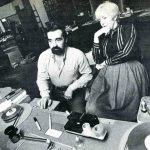