We, as humans, are fascinated by technology. As a concept, its evolution plays directly into our strive for perfection, but unearths our deepest insecurities, paranoia, and flaws. The dangers of ‘playing god’, as it were, with technological enhancement are well trodden in the world of film. Artificial intelligence, machines with humanity, philosophical musings about what it ‘is’ to be human – common go to points for science fiction. Yet for every Her, there is a Transcendence. Alas, it is not a subject matter waded into lightly. Risky territory for a first time director then, but the sharp sci-fi mind of 28 Days Later and Sunshine penman Alex Garland launches his long-awaited directorial debut into greatness.

Working as a programmer at the very fictional – but very obviously satirical – Internet giant ‘Blue Book’ (wink, wink), Caleb Smith (Domhnall Gleeson) wins a company-wide lottery to spend a week at the private estate of the reclusive CEO Nathan Bateman (Oscar Isaac). Upon arrival, Nathan reveals that Caleb will play an important part of testing the consciousness and humanity of his latest work, the artificial intelligence robot ‘Ava’ (Alicia Vikander). Sparking a relationship with Ava and a distrust of Nathan, Caleb finds himself manipulated from both sides as questions over the depth of Ava’s humanity intensify.

Essentially a three-person character piece, Ex Machina never lets its high-concept overawe its emotional character depth. It is joyously subtle. Even in the mire of its vastly complicated and distinctly philosophical ideals, the wonderful acting chops of Gleeson, Isaac, and Vikander are never outdone. The character depth is superbly nuanced, aided by a brave opening act that forgoes traditional introductions in favour of a slower, organic development, and revelling in having an audience as much in the dark about the histories and motivations of the film’s leads, as they do each other. Their arcs constantly shift and slide, free-flowing seamlessly alongside a sharp plot that has its audience constantly questioning their allegiances. It truly is immersive, unpredictable cinema at its very finest.

True to form too, the appeal of Alex Garland as a science fiction writer remains the questions he poses. Though Ex Machina naturally provokes discussions about the quality of its production, the tightness of its writing, and the captivating envelopment of its ominous musical score, much of the post-screening conversation its reserved for tackling some of the philosophical head-scratchers repeatedly batted between Caleb and Nathan. What determines consciousness? Can an A.I. ever truly reach humanity, or just provide a simulation of it? Is all of this ethical?

Ex Machina poses all of these questions and ponders intelligent, multi-faceted arguments for both sides of the coin. A great science fiction story stimulates a yearning for the subject away from the fiction, and in the case of this film and the theory of artificial intelligence featured within, pub table discussion is set to flourish with every Average Joe’s musings on the topic. Such is the strength of the concepts at hand, and all whilst draped in gorgeous visuals and stunning sound design. Ex Machina is undeniably beautiful on every filmic and philosophical level.

We may only be three weeks into 2015, but Ex Machina has punched an early blow towards film of the year. Certainly, it is hard to imagine anything post-Awards Season competing on any real level, and particularly in the realm of sci-fi. Indeed, Ex Machina is scarcely equalled by any sci-fi construction in recent memory. Though that is a sad indictment on the genre as a whole, it only further emphasises just how important a film this is.

Stylish, cerebral, manipulative, unnerving – and above all essential – Ex Machina has laid down a heavy gauntlet for the rest of the year’s big hitters. 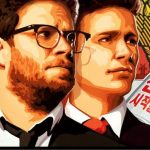 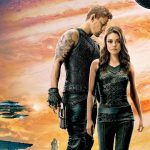