With an unwelcome shunting to a February graveyard release date, expectations over the Wachowski’s latest space opera Jupiter Ascending found themselves on the wane. Such a move on behalf of the studio could only have represented a lack of faith in the project’s marketability, it was decreed. And, despite all the trademark Wachowski visual splendour, it is easy to see why any self-respecting studio would want no part of having this film as its tent pole summer release. An embargo placed on reviews after its disappointing preview screening at Sundance only confirmed the worst: Jupiter Ascending is terrible, and Warner Bros. have known it all along.

The film follows Jupiter Jones (Mila Kunis), a lowly toilet scrubber from a large immigrant family, whose 5am starts and unpleasant work tasks have left her frustrated at her place in the world. Meanwhile, the House of Abrasax, a powerful alien dynasty, has identified her as the reincarnation of their late Queen, with a birth right to owning the Earth (really!). Unwilling to part with such a bounty, regal siblings Balem (Eddie Redmayne), Kalique (Tuppence Middleton), and Titus (Douglas Booth) each plot to strip Jupiter of her lofty inheritance. With genetically engineered warrior Caine Wise (Channing Tatum) acting as bodyguard, Jupiter traverses the solar system in a bid to claim, and protect, her title.

Sadly, it is every bit as clichéd and uninspired as such a bland plot synopsis would suggest. There is nothing overtly wrong with the idea of formula, per se, but in the case of Jupiter Ascending its almost as if the Wachowskis found its half-complete treatment in an edition of Mad Libs. Appropriate then, that the film’s two lead actors act as somewhat of a blank space, exerting nothing in the way of depth or chemistry at any point. Indeed, when Sean Bean’s character first intimates that there may be a romance blossoming between Jupiter and Caine, it proves so jarring you’re left wondering if he’s been involved in a different film up to that point.

It is ungracefully indicative of Jupiter Ascending’s entire approach to plot development. There is no time to revel or immerse oneself in what is happening. Once one plot point or character trait is ticked off, it blunders straight into the next one with little in the way of tact or involvement. The opening scenes attempt to contextualise Jupiter’s position on Earth with the portrayal of her parents’ relationship and her father’s passion for the stars. What should have been an important pretext for the character’s place beyond this world instead degenerates into an awkward footnote and merely a bland justification for the name ‘Jupiter’. The scenes appear to serve little relevance for the rest of the film.

It would be forgivable – a lot of films drift away from their prologue, after all – but nothing that follows is any less garbled or confusing. As a result, there is simply no emotional investment at any point. The romance between Caine and Jupiter, in particular, is impossible to route for. By the time the third act arrives the seeds of emotion are planted so sparsely that there is nothing at stake once the threat arrives.

Now, Kunis and Tatum are both seasoned romance performers, so portraying them in such a sterile manner borders on unforgivable. There is no reason these two actors cannot realistically portray a love angle, other than terrible scripting and direction. Tatum’s meat-headed fight scenes at least preserve his establishment in that area, but Kunis treads on foreign ground in the action genre and looks every bit as lost as that metaphor would suggest in the quicker-paced scenes. Her acclaim in this film depended on working the romance, and it just doesn’t happen. Wrapping her gums around dialogue penned straight from the George Lucas School of Exposition was never going to help matters, admittedly, but ultimately it is Kunis herself that will attract the naysayers.

If there is anything positive to take out of Jupiter Ascending, it is in its unintentional humour. The ‘so bad its good’ title isn’t really up for debate in this case, but there are a few moments of genuine joy to be had from some of its comic misfires.

Eddie Redmayne’s character, for example, is brilliant in its terribleness. Currently lapping up praise for his studious and committed performance in The Theory of Everything, Redmayne exerts that true British thespian aura that Hollywood loves to fuel its villains with. How humorous it is then, to witness the other end of the acting scale as he hams in a villainous performance fit for a Saturday morning cartoon. His throaty Shakespearian line delivery is primed for such mockery it is truly baffling that not one person on the production saw fit to question it.

The ‘eccentric royal overlord’ is not a construction that demands baffling silliness. Just look at Tom Hiddlestone’s Loki, the perfect larger-than-live Machiavellian bad guy. Loki reflects strongly in Redmayne’s character, but it is in unintentional parody, in overzealous imitation. There is no warmth or respect, just oafishness. Many of the bizarre alien background characters fall into the same trap. Think less Mos Eisley spaceport and more elephant-faced fighter pilots. The whole film feels like it handed its character design to a six-year-old.

Throw in some hackneyed musings about consumption, affluence, and finding life’s purpose, and what you’re left with is a hodgepodge of nonsensical jibber-jabber coated in a mess of CGI and bland space opera imagery. Not unwatchable, but not far off.

The overriding Meta narrative is the once-lauded Wachowskis continuing to struggle to regain a foothold in blockbuster cinema. Since The Matrix, there has been very little to in the way of critical or commercial success and it is sad to see from two of the industry’s most passionate. Admittedly, there is a sense that in this case, their wings may have been clipped a little (ambitious in its scope, yet overly cautious and formulaic in its execution) though much of their own input remains inexplicable and difficult to justify across an ever-growing body of films.

The duo’s latest project fails on pretty much every creative level, and the saddest thing of all is that nobody expected anything else. 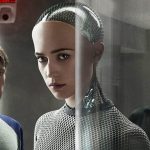 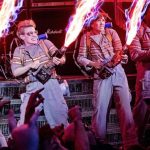