With an unusually scrawny physique and the creep factor dialled up to eleven, Prisoners star Jake Gyllenhaal tackles the role Lou Bloom, serial loner yet ambitious entrepreneur driven to succeed in the cutthroat world of modern Los Angeles. Initially making a living stealing from construction sites, Bloom alters his focus when he becomes witness to a bloody car crash being filmed in all its gory detail by a rabid and unflinching amateur film crew; ‘night crawling’, as the trade is known.

Inspired by the crew’s tales of success in the industry, Bloom sets about filming similarly violent accidents with the intention of selling to local news stations. Impressed by his natural eye for the profession, news director Nina (Rene Russo) encourages Bloom to bring more footage. Buoyed by her words, Bloom executes an aggressive business expansion that takes little into account morals, compassion, or indeed the law, as he strives to become number one in the field of freelance crime journalism.

Set against the backdrop of vibrant, but sordid, after-hours Los Angeles, Nightcrawler proves an impressive feat of location cinematography from the off. With an opening sequence that cuts from one gorgeously constructed shot of night time LA to the next, the precedent of alluring and captivating visuals is set, and does not drop for the rest of the film’s runtime. Drawing inevitable comparisons with 2011’s Drive for this intense focus on visuals, and its interpretation of the ‘dangerous loner’, Nightcrawler nonetheless stands independent as a film of great quality.

Essentially a character study, Gyllenhaal truly brings one of his more memorable performances to a role that demands wit, charm, cunning, and corruption in equal measures. Throughout the story, his character only really forges three relationships; with Nina, with his hired intern and partner Rick (Riz Ahmed); and with rival night crawler Joe Loder (Bill Paxton). With each and every character interaction, however, there is an unnerving sense of Bloom being ‘almost human’; a sociopath mimicking what he understands to be correct behaviour. Yet each sentence and each physical encounter is laced heavily with Bloom’s natural flagrancy. He is both deeply disturbing but, vitally to the progression of the story, completely captivating.

With his bug-eyed, rigid facial expressions and his deadpan line delivery, Gyllenhaal really perfects the art of bringing this emotionless shell of a human being to life. His relationship with the sexualised, empowered news director Nina proves to be the strongest thread in this respect. As Nina is blackmailed to provide Bloom with a ‘physical relationship’ in return for his footage – using business terms such as ‘transaction’ and ‘negotiating’, no less – Bloom’s complete disregard for human life is underscored. Nina is no more deserving of his compassion or respect than the battered corpses he films. She, like they, are a target for Bloom’s manipulation towards achieving his goals. Cold. Business-like. Uncaring. A fascinating character even in spite of a lack of a traditional ‘arc’ or development beyond his own selfish needs.

Despite a somewhat hamfisted and modern media criticism subtext running throughout, Nightcrawler nonetheless makes a host of valid and important points regarding society’s consumption of news. Nina’s success as a news director depends on the ‘right’ sort of tragedy – those in affluent, white-populated neighbourhoods. That’s what gets the ratings. Both Nina and Lou’s careers rely little on broadcasting the truth, but on ignoring and manipulating the events in front of them for the best angle. A little blunt perhaps, but the nudge into the ribs of the real-life media cannot be ignored. It is an approach that may transcend Nightcrawler from merely being an engaging piece of film, to a historically important piece of millennial cultural critique.

Thought-provoking with enough darkly enthralling action and glamorous visuals address all facets of its audience, Nightcrawler is an impressive film that stands high amongst the best of 2014 candidates. Following on from last year’s Prisoners, Jake Gyllenhaal’s stock continues to rise and rise, his devotion both physically and mentally to the role of Lou Bloom hopefully not going ignored come Academy Award season. However, whilst comparisons with films such as Drive and Taxi Driver are warranted, it is important to place Nightcrawler within its own context, and understand that whilst it honours the fabric of those pictures wonderfully, it does not scale the same heights. 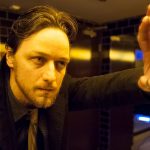 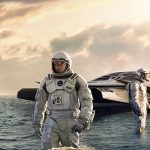